There are also a number of nonbinary artists and performers who explore gender identity in their work, including RuPaul’s Drag Race stars Shea Couleé, Sasha Velour, and Violet Chachki.

What does it mean to be nonbinary?

Put simply, somebody who is nonbinary or gender nonconforming doesn’t necessarily feel they conform to a male or female gender identity, or relate to elements of both. As such, a nonbinary individual might prefer that they be addressed using ‘they’ and ‘them’ personal pronouns, rather than ‘he’ and ‘him’ or ‘she’ and ‘her’.

“Many of my earliest memories are based around my struggle to conform to a gender,” says Tom, 41, who uses he and they pronouns. “At four years old I understood that I wasn’t supposed to ‘walk like a girl.’ No one had told me that, I just absorbed it from observing how others were behaving. Left to my own conclusions, I’m honestly not sure if I would have committed to a gender at all.”

Amandine, 34, started using they/them pronouns last year, and found that it made a profound difference in their life. “I started to love myself, even though it is an ongoing thing,” they say. “I still have a long way to go, but it starts to feel very right, and that is the best thing. My whole life makes sense now. And because I really start to love myself, I have no intention in transitioning of any kind. I don’t feel right using she/her because that’s part of why I don’t feel good. But at the same time, I know I am not a man. I want to be true to myself and not pretend I am who I am not, therefore he/him aren’t viable for me. They/them are neutral and they are the best. The first time people used it, it felt as weird as it did right. It felt so good.” 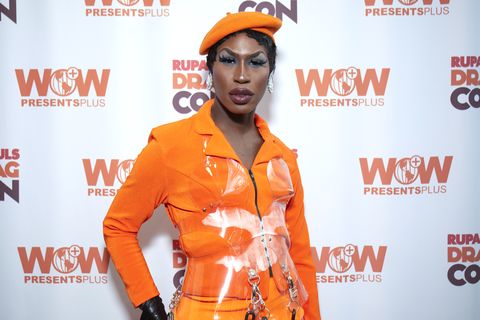 It’s important to note that being nonbinary is sometimes conflated with being trans, but they are two different things. However, much like the trans community, nonbinary (or “enby,” as in N.B.) people remain underrepresented in mainstream culture and media, which is why they are still so misunderstood by many.

“Everyone reacts to them as if this is a brand new phenomenon,” says Tom. “When actually, we’ve been here the whole time, but have been ignored or shamed into hiding… For most of my life I considered myself to be a gay male, because it was the best fit from the available options. For those who already survived the fear and stigma of coming out as gay long ago, there’s this additional anxiety about reliving all of that, or seeming confused about who you are, or seeking attention to be ‘trendy.’ It’s so much easier to just wear the ill-fitting shoe, because it already got you this far.”

“I have found there is much more support and patience in the trans community than among gay men, in terms of helping everyone feel desirable and valid,” they add. “You can show up as your entire self, and that brings new sexual thresholds, new relationships, and a much more optimistic (or maybe just realistic) outlook about the future of gender and sexuality.”

So, Uh, Is It Safe to Have Sex With People at This Point in the Coronavirus Pandemic?

Everyone Is Angry, and That’s Not Exactly a Bad Thing

This Guy Taught Himself to Lift and Packed On 30 Pounds...

Sunburn Peeling: What Causes Skin To Peel Plus Remedies