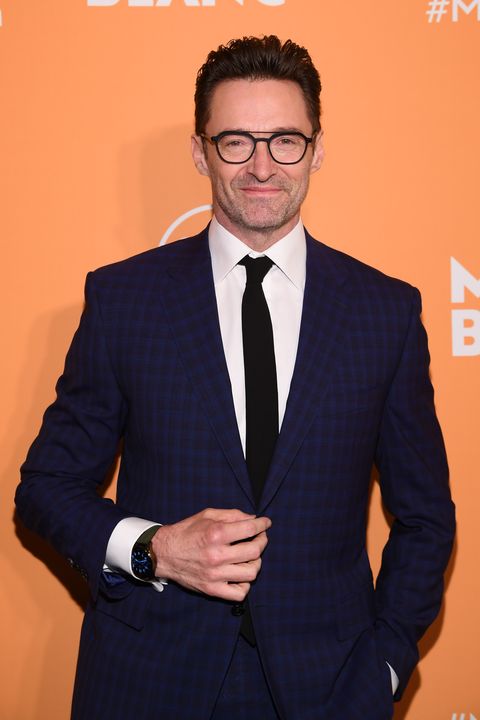 Movie star Hugh Jackman is no longer having to stay in superhero shape for work, having bowed out of the X-Men universe and played Wolverine for the last time in 2017’s Logan — but he’s still in great shape. The actor, 51, has spoken before about how, after years of playing the famously buff mutant, he has since leaned down through a combination of fat-burning cardio and strength training.

And in a recent video on Instagram, he showed off how he’s been keeping on top of his training during lockdown when he dropped to the ground and performed 25 consecutive pushup reps for charity.

Usually these viral videos involve a celebrity nominating one or more of their famous friends to take part, like the handstand challenge, which started in April this year with Spider-Man actor Tom Holland daring Ryan Reynolds and Jake Gyllenhaal to recreate his feat of putting on a T-shirt while holding a handstand, leading to epic escalations from star athletes like Lolo Jones and Simone Biles.

Jackman, however, didn’t wait around for somebody to tag him in a post. He nominated himself to do the #25pushupschallenge for the Australian mental health organization Gotcha4Life, then got down and easily cranked out 25 pushups without breaking a sweat.

While Jackman’s speed in churning out the reps is impressive, we’re sorry to say his pushup form could do with a little work. The actor’s arms don’t reach full extension at the upper end of the movement, making these technically “halfsies,” as Men’s Health director Ebenezer Samuel C.S.C.S. calls them.

This kind of incomplete rep is pretty common, especially when performing pushups quickly, but if your arms aren’t locked out at the top of each pushup, sorry. It kind of doesn’t count.

This Was The Hottest Fitness Trend the Year You Were Born

How Men Over 40 Can Get Stronger to Stand Up Straighter

The Half-Typewriter Pushup Countup Attacks Your Chest From All Angles

Save Big on Fitbit Trackers Today on Amazon

Dr. Pimple Popper Squeezes ‘Boba’ Out of a Man’s Eyebrow