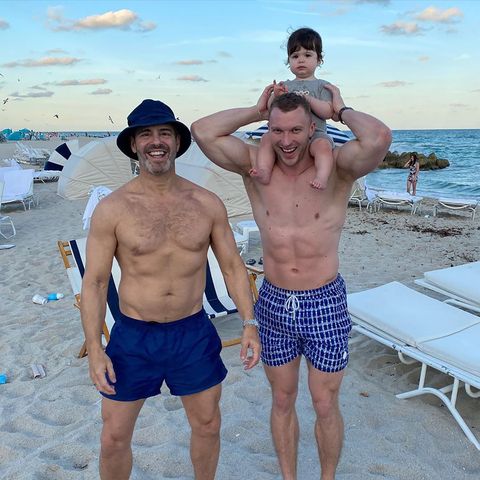 Andy Cohen is in great shape right now, having lost weight and got toned. According to his personal trainer, Stanislav Kravchenko, Cohen’s leaner physique is down to a “combination of eating healthy, cutting down on drinking, and being very active in the gym.”

Kravchenko, who has been working with Cohen for years, spoke about his client’s fitness journey in a recent interview with Bravo Insider. “Andy does look more ripped than ever before, and I’m super happy about this,” he said. “I will say I didn’t dramatically change the exercise routine. I think that Andy prioritizes his health right now more, and his healthy lifestyle, and he started eating cleaner, healthier. He cut down on drinking as well.”

Cohen himself stated last year that he had stopped drinking on the set of his show Watch What Happens Live, which is harder than it sounds when you consider there is a fully stocked bar and bartender present during each live taping. And that change had some pretty quick weight loss results: “I lost 12 pounds and I’ve just been really watching what I’m eating,” Cohen said in November 2019.

Kravchenko added that Cohen has started taking his personal fitness more seriously since becoming a dad to now-one-year-old Benjamin, and has become better at juggling the demands of home, work, and the gym, learning to multitask in the process. “I’m working out with him, he can be on his ear pods, having some conversation about his work,” said Kravchenko.

Take on This Bodyweight HIIT Workout at Home

How to Train Your Memory

Manny Pacquiao Says He Is ‘Not Afraid to Die’ to Help...

The Right Music Can Make Your Workout Seem Easier and More...